Sarah Bohndiek completed her PhD in Radiation Physics at University College London in 2008 and then worked in both the UK (at Cambridge) and the USA (at Stanford) as a postdoctoral fellow in molecular imaging. Sarah joined the University of Cambridge in 2013, where she is jointly appointed as a Professor of Biomedical Physics in the Department of Physics and at the Cancer Research UK Cambridge Institute.

The broad mission of Sarah’s interdisciplinary team, the VISIONLab, is to advance our understanding of tumour evolution using next-generation imaging sciences. They are particularly interested in the study of blood vessel formation in early cancer. The VISIONLab are also active in translating their findings into first-in-human clinical trials. Sarah was recently awarded the CRUK Future Leaders in Cancer Research Prize and SPIE Early Career Achievement Award in recognition of her interdisciplinary research innovation.

In addition to her research programme, Sarah also takes an active role in teaching and mentoring the next generation of scientists. She has acted as an ambassador for public engagement and interdisciplinary research training throughout her career and acknowledging her generosity in this regard, Sarah has received the MSCA Award for Nurturing Research Talent and been invited to deliver numerous talks on career development at both national and international workshops. 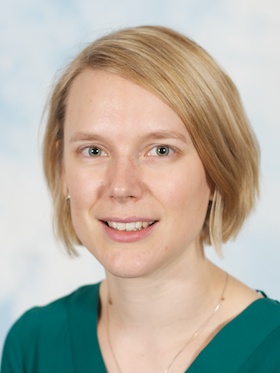 Outside of the lab
I love spending time playing with my new daughter. I go mad when I’m inactive, so I like to run all year round, ride my road bike in the summer and my snowboard in the winter whenever time allows. I enjoy travelling to new places, experiencing new cultures, eating different cuisines and meeting new people.